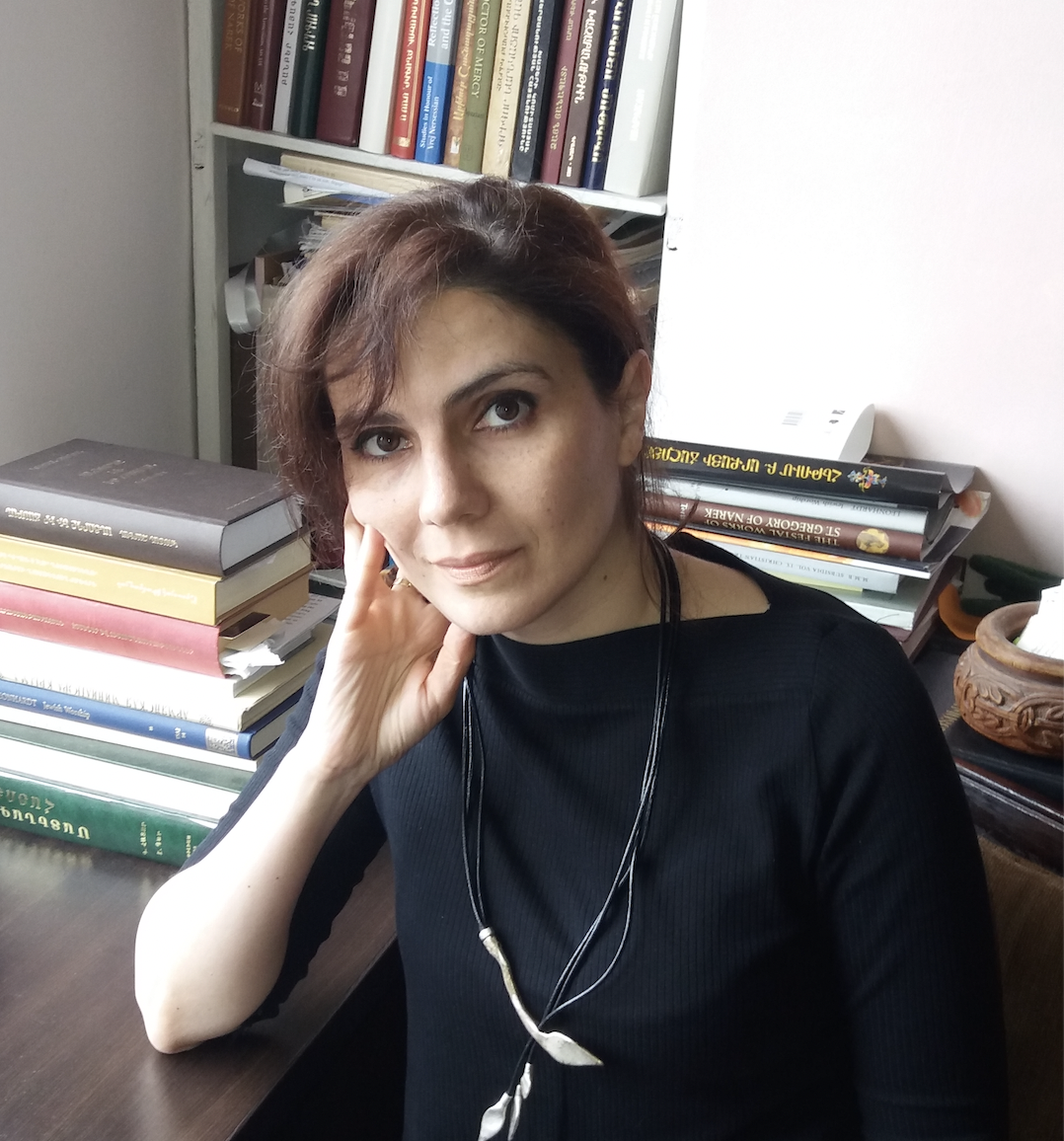 Arusyak Tamrazyan studied musicology (2003) and organ performance (2005) at the Komitas State Conservatory in Yerevan, gave organ recitals, published essays on aesthetics and philosophy (2003-2008), and a volume of fairy-tales (2009), emanating from her experience as an art teacher in a special program for children.

Since 2005 she works at the Matenadaran: Mashtots Institute of Ancient Manuscripts, where she is a Senior Researcher in two departments (Department of Art and Scribal Centers, Department of Armenian Medieval Philology and Literature). In 2016 she defended her doctoral dissertation, «The Perception of Music in Medieval Armenian Interpretative Tradition». She has authored a series of articles specializing in Neoplatonic aesthetics, focusing on the Armenian mediaeval theory of art, the symbolism and theory of music, and more recently on the Armenian mediaeval exegetical and symbolic tradition (currently working on a critical text of Nersēs of Lambron’s [d. 1198] Commentary on the Psalms. Her study “The metamorphosis of the theory of the human constitution in the Armenian mediaeval exegetical tradition” was published in 2013. In the last several years her research has been focused on Gregory of Narek’s (d. 1003) works, his systematic use of symbols, especially in the odes; and the neumes of medieval Armenian hymnal manuscripts, preparing a critical/comparative edition of the canticles. Her study “Commentary on ‘Who is This (Job 38:2-39:30)’ Ascribed to Gregory of Narek” was published in 2019 (including the restoration of the text, and other commentaries on these chapters of Job’s book).

„From creation to creativity: the transmission and transformation of Late Antique images in early Armenian literature“.